Former Arsenal goalkeeper Martinez said in an interview that Arteta wanted him to stay at the Emirates Stadium. 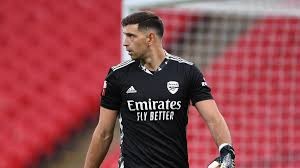 The Argentine goalkeeper moved to Aston Villa this summer and did a great job when Leno was injured in the second half of last season.

Martinez told DAZN that Arteta wants him to stay in London: “Arteta doesn’t know who will be the starting goalkeeper. After winning two championships, facing this question, I decided to leave the club that I have followed for so many years. ."

"This is my decision. Arteta wants to keep me. He even gave me a new contract. I am very grateful to him and the club, but I cannot change my decision."